Traditional Chinese veterinary medicine (TCVM) has a long history, for thousands of years for China and the world animal health and made an indelible contribution to the development of animal husbandry. Since the 21st century, along with the animal food safety, and companion animal care demand unceasing enhancement, the old disciplines began to bloom, received widespread attention at home and abroad.
In 1999, when finished my PhD course from China agricultural university, I am working for Beijing University of Agriculture（BUA）. As the first PhD of TCVM of the time，I deeply realized that the own responsibilities and obligations with inherit and carry forward of TCVM. At the same time in order to meet the needs of inside and outside of the country to learning TCVM, in 2001, approved by Beijing municipal education commission the “International training and study  center of traditional Chinese veterinary medicine” were set up in BUA，and continued to carry out the training of clinical acupuncture and traditional Chinese herb medicine for vets.
In 2005 the traditional veterinary scholars of Asian gathered in BUA and proclaimed the ” Asian Society of Traditional Veterinary Medicine（ASTVM）and made our school as the permanent secretary general of the unit.
In September 2013, the World Association of Traditional Chinese Veterinary Medicine（WATCVM）was Founded in Madrid, Spain. My mentor，the first PhD supervisor of at this time of TCVM in China，Prof Wang Qinglan elected to be the first President, and I am honored to elected to be the board member too. With the found of WATCVM the TCVM ushered in the new era of development.
In May 2014, before the 5th Conference of Asian Society of Traditional Veterinary Medicine (ASTVM) held in Beijing, the representatives form WATCVM，ASTVM China’s ministry of agriculture，Chinese veterinary association，Beijing small animal medical industry association，Beijing association of veterinary drugs  and university were gathered in BUA and agreed on established “International College of TCVM” on the basis of “International training and study  center of traditional Chinese veterinary medicine”.
Up to this year, 2016, with the international academy of TCVM（Japan）was established, the TCVM education and entering is get into a new era.
This academy is united form many university，institutes with many famous experts and scholars. Not only in clinical diagnosis and treatment, but also in basic research and drug development it must be the most powerful team in the world. For many years, with the deepening clinical practice the ancient and magical therapy of TCVM  created a miracle after another on nerve motor system disease, autoimmune intractable skin disease,  senile companion animal diseases such as heart disease and cancer etc.
In the future, with the set up of this academy，we will be basis on the fully succeed，close ties with contemporary veterinary medical practice rich and standard the contents of the curriculum，implement unified curriculum system，carry out the international TCVM doctor and veterinary acupuncturist  certification.
We believe that, with the social demand and more veterinary correct understanding and master the technology of TCVM, through the joint efforts of teachers and students of this academy the TCVM will make greater contribution for animal health and well-being. 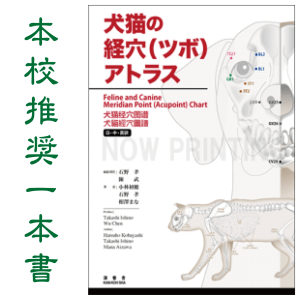